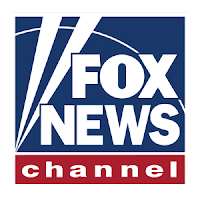 My TV world was good since I "cut the cord" 4 months ago.

My world was good until Tuesday, when Fox News went away.

I still had CNN, BayNews9, and a handful of other channels. But Fox was not longer available.

... I have just finished an hour on the phone tracking this down, and now I'd like to report what I've learned...


4 months ago, in February 2019, I turned in my Spectrum cable boxes and switched to an Internet-only plan.

I purchased two new Roku streaming devices and connected them to my TVs. I started adding individual channel apps and discovered the Internet world of streaming TV!

I was concerned about the quality of video on my TV, and I learned that my Roku boxes connected to my TVs with HDMI cables, and that I still had great video quality.

I regretfully gave up my BayNews9 channel... until an offer popped up offering me the Spectrum TV app for Roku.

Not only did I get my BayNews9 channel back, but I also gained access to the local TV channels without needed to install an external antenna.

You can read those previous articles from earlier this year.


Apparently Spectrum had finally audited their servers. They discovered that one server was dumping the entire Spectrum channel lineup to some customers, above and beyond what they had signed up for.

(Grinning as I type this.) No wonder I was so pleased with my TV app! I hadn't lost anything when I signed up for the app.

After an hour on the phone, and talking with four different departments, I can finally cut through the fog.

There are 3 plans available to me through my Spectrum app. Their sales department can slice/dice them into combo packages, but below is a summary. Note that you must have Spectrum Internet service.

There are four plans:

This will carry more than 60 networks, mostly lifestyle and entertainment channels. Cable sports networks and local channels are not included.

This option does offer local channels, plus your choice of 10 other channels. The Spectrum TV Choice Lineup page on their website shows what's included and what's optional. (Look at the two columns on the right.)

This is the level of service I have. It gives me all the local channels plus some 95 other channels.

I miss my DVR. Apparently this service can be added to my Roku device and Spectrum app to give me 50 hours a month of recorded TV programs. At this point, the only program I would consider recording is CBS News on Sunday morning.

"Bonus" ~ included with any of the services above

I can log into individual TV apps because I am a cable subscriber. I'm still not exactly sure how that works, but I can still watch FOX News through the Fox TV app.


I found my TV view habits have changed, significantly.

First, I'm watching less TV overall. For a while I had subscribed to NetFlix, but I am personally unimpressed with their offerings.

Next, I'm learning to live with (= "ignore") TV commercials. Like everyone else in previous years, I use these break times to raid the refrigerator or stop "down the hall."

I wrote a followup article on July 17th. You can follow this link to read it: "Cutting the Cord - Summer Report" (http://www.jaggers.pw/2019/07/fyi-cutting-cord-summer-report.html)